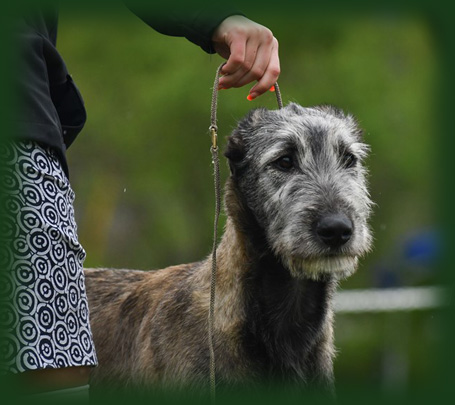 My second choice puppy from the Smokey X Skipper litter after Ataa was not so easy. I did want two puppies to grow up together and have fun and exercise in my wild and woody hound paddock in the Gatineau Hills where all their ancestors have enjoyed romping and playing. I was considering a male, and Jaunita had kept the best one for me. He was a big, handsome fellow.... but.... another girl caught my eye, and I could not resist her! When I said this to Jaunita she said "OH NO you shouldn't take that one, she is the BOSS of the litter, they are all afraid of her, she rules them with an iron paw, and her sharp baby teeth When ever I hear a puppy screaming she has another puppy pinned to the ground, and won't let it get up until it rolls over on it's back, legs in the air in submission!" Well, I know from experience 2 females that don't like each other can be a big problem, but I also know that litter mates of the same sex can get along very well if one is "THE BOSS", and the other is used to being dominated by him or her since they were on the milk bar together. So I took a chance on it and choose Tono and every thing has worked out just fine. They they romp, play and sleep together outside, but eat and sleep separately indoors. When I do hear screaming outside the scene is always the same, Tono has Ataa pinned to the ground by the back of her neck, but as soon as Ataa rolls over onto he back, legs in the air in submission Tono lets her get up again, and the play continues happily.

Her name Tono, MBBPIS Royeljoker Aotearoa Tono Tono means "demanding and determined to succeed" in Maori, which she often does... but not always ! Her jealousy of her sister Ataa when she was getting more attention during their first Championship show by going BBPIS sent Tono into such a vocal temper tantrum she had to be taken out of the building and walked around outside until she calmed down. I showed them against each other while in the baby puppy class for the experience, and rather enjoyed the difficulty judges were having choosing between the two of them. It was interesting to me to have their opinions of why they chose one or the other that day, and satisfied Tono as she now was getting what she considered her fair share of attention. They finished their baby puppy career with 5 BBPIS between them 3 for Ataa and 2 for Tono. Just as well Tono can't count the orange rosettes !!! Tono is a natural show girl, she just loves the attention from her handlers and the judges, as you can see in these puppy photos from 2019. We are all looking forward to the 2020 show season. 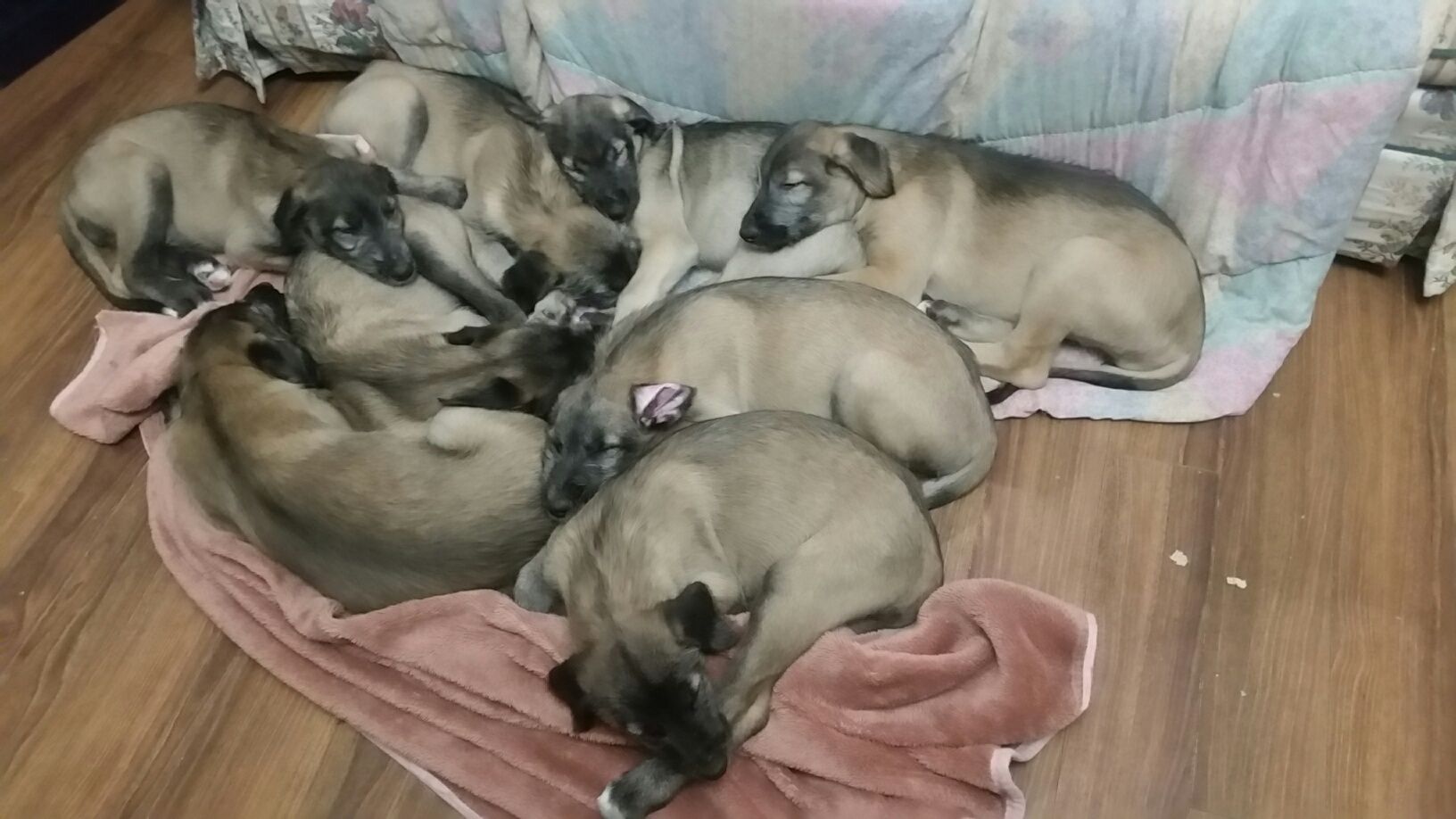 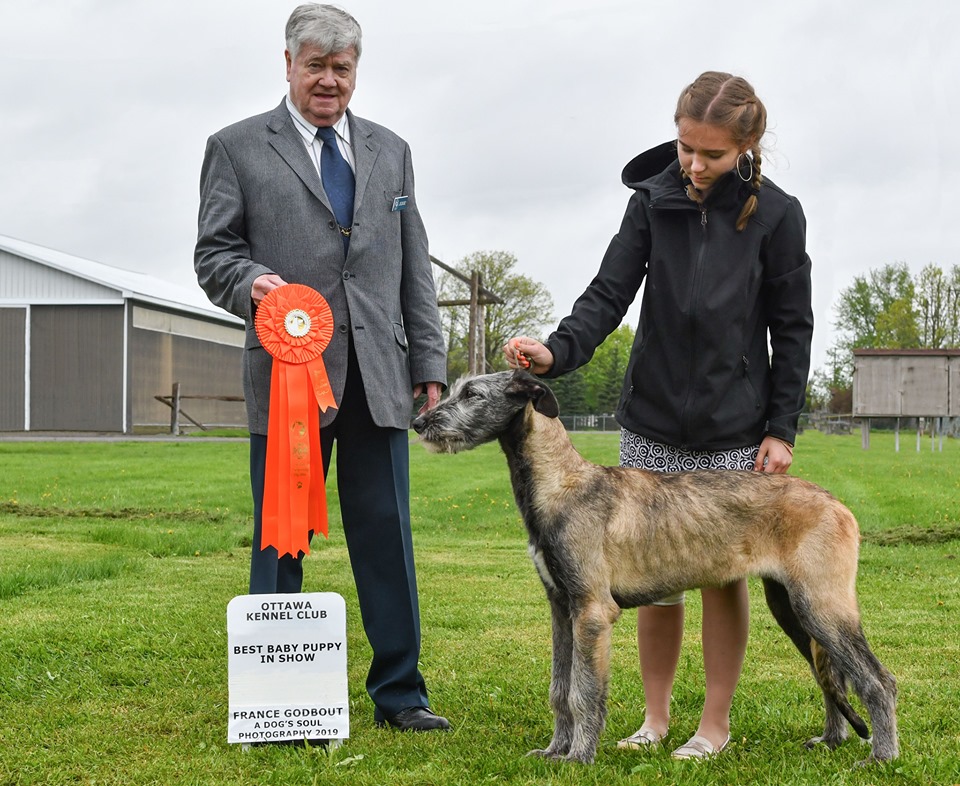 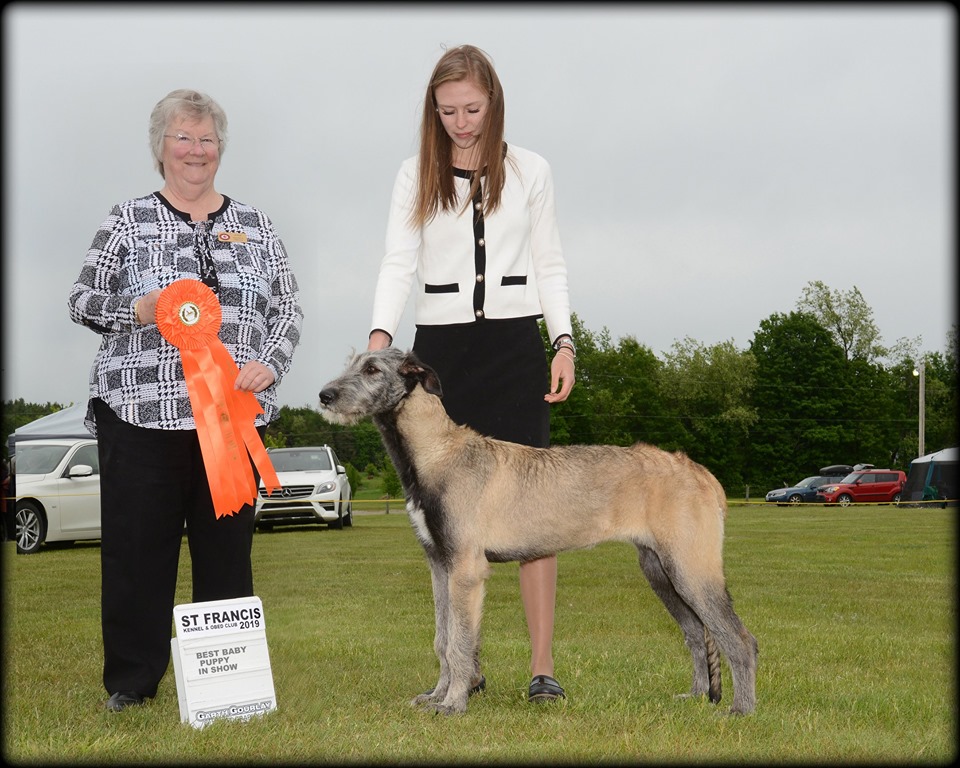 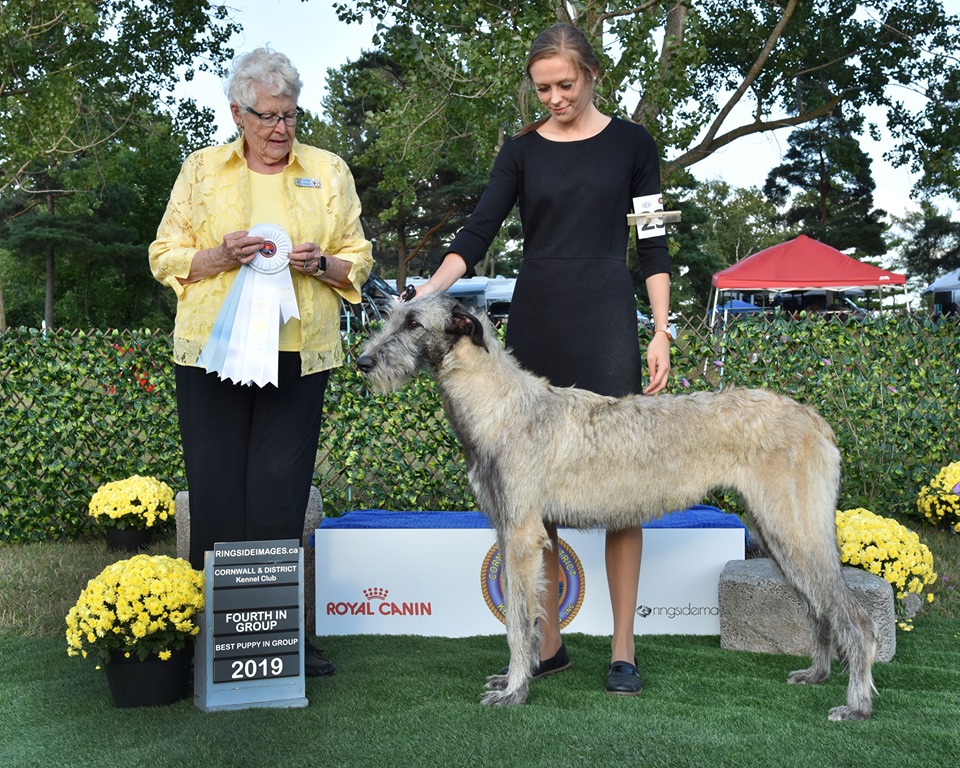 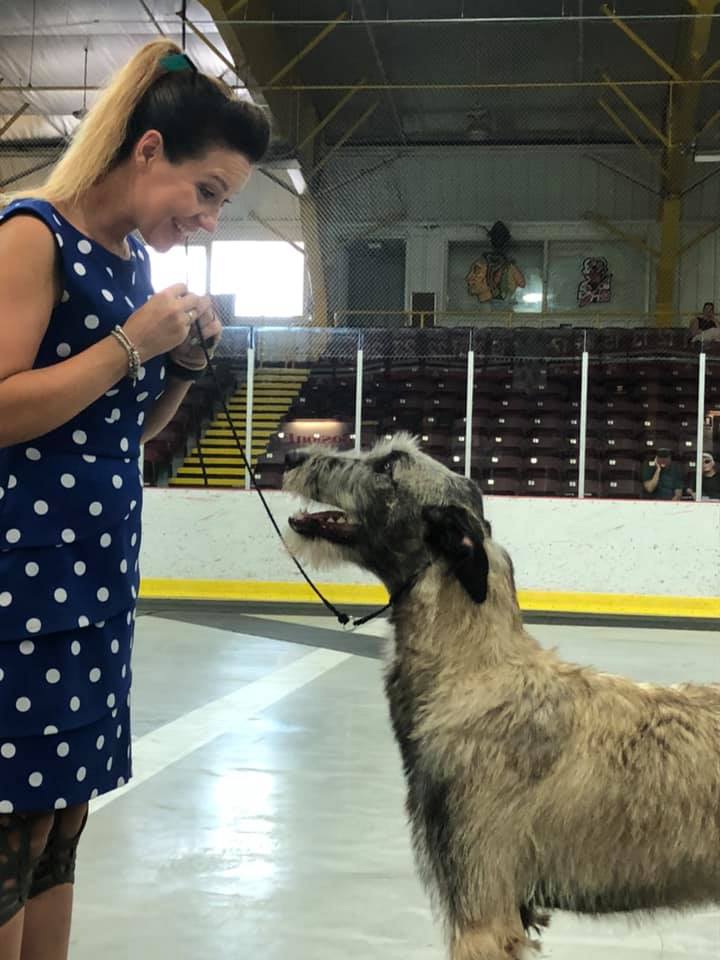 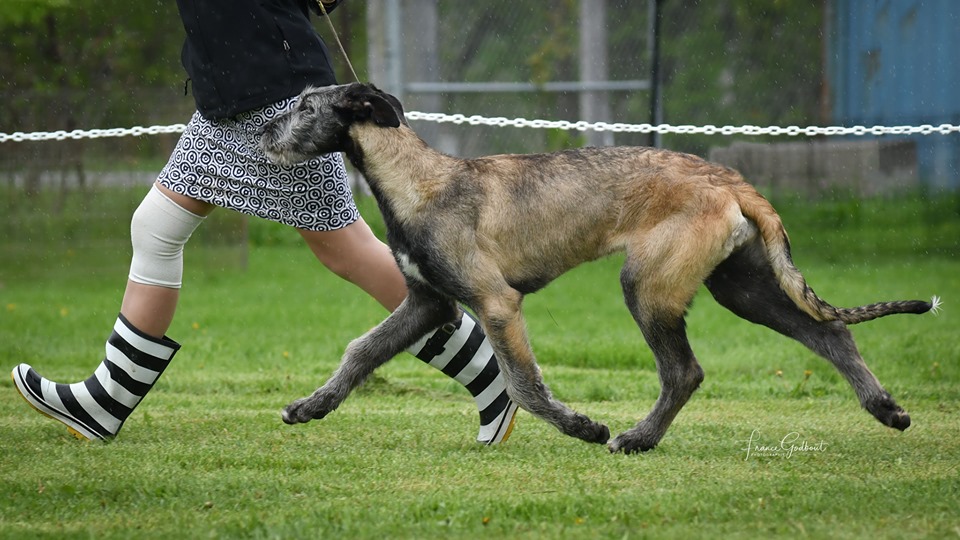