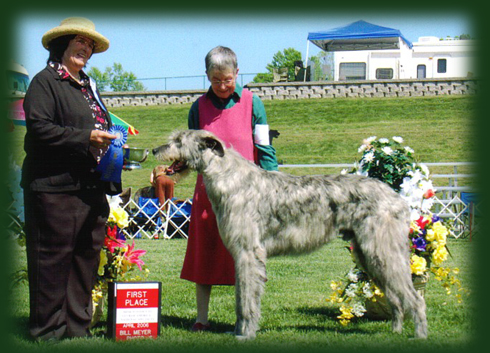 bred, owned and handled by Barbara N Daley and Lois A Freedman

Doc is our keeper from Mati's second litter.We really wanted a girl, but this was an all male litter. Mati's first litter did have 2 girls in it, but neither where exactly what we wanted, so we decided to wait. We realized too late we should have kept Chad from her first litter, so this time we were not going to let another good male get away while we waited for the "right" girl to come along.
Doc soon proved to us we had made a wise decision this time. He was as tall as his sire Manuka at 10 months of age and still at just turned 2 years has some filling out to do. He is as sound as a bell, moves like a dream and never puts a foot down wrong. He is a happy  dog who loves the whole world, and one of the easiest I have ever had to show.  He just walked right into the ring at his first show and performed like he'd been doing it all his life. He finished his Canadian Championship with ease in 2005 with Best Puppy in Group wins, Adult Group placements, and some nice Specialty wins also.  Pictured above is his first outing in 2006,  winning the Novice Dogs class at the IWCA National Specialty under breeder/judge Eileen M Flanagan,"Carrickaneena"  USA.  Other show photos include Best Puppy in Group after taking Best of Breed over 2 of his adult kennel mates at 11 months of age under Canadian Sighthound breeder/judge Jan Buchanan, and First 12 to 18 month Dogs at the IWAGS Specialty October 2005 und breeder/judge Jenny Dove, " Saringa"  UK.
Lois and I have co-owned several bitches over the years, but Doc is Lois's first male.  He has captured the heart of her husband Norman, who has taken these beautiful candid  photos of him as he grew up.
Doc's first litter was born August 6, 2006 to Aotearoa Suro Kea's Mokopuna, 3 little boys pictured at 2 days old.
Barbara  Daley 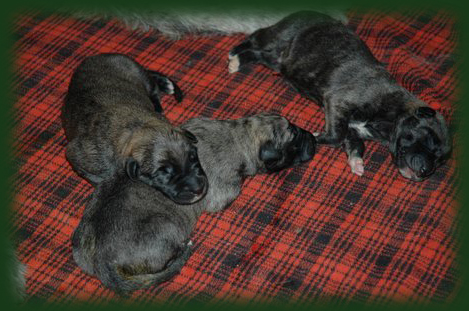 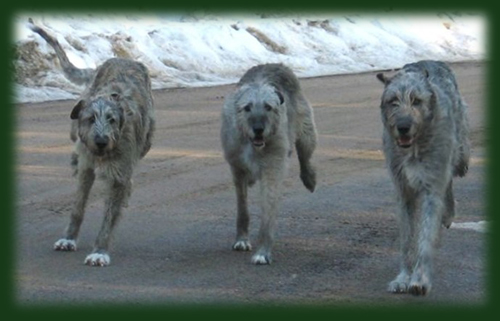 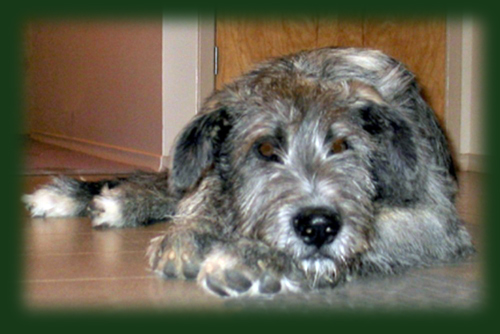 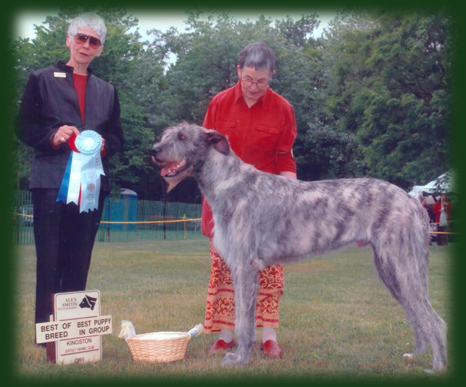 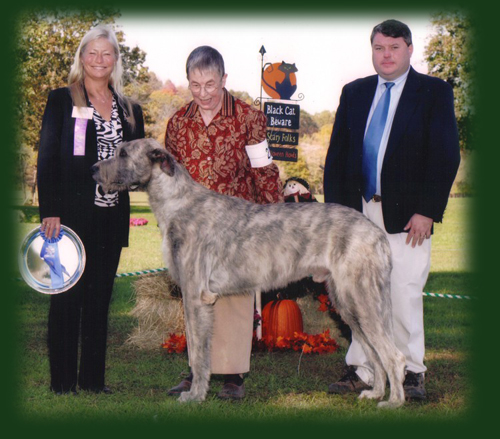