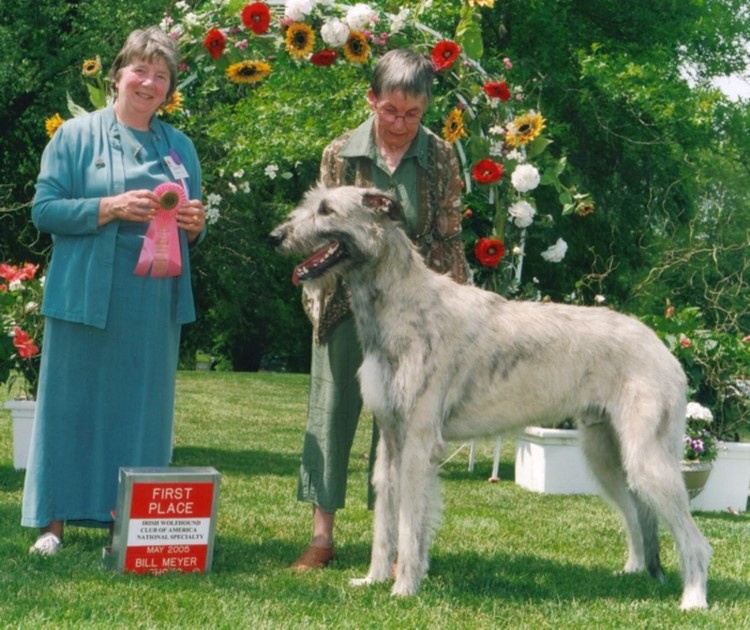 Kia Ora means "Good Luck" or Good Health" in Maori, and this boy has plenty of both, as well as outstanding confirmation and an outgoing, if somewhat wilful personality.  He came along at a time when I really didn't need another male, but he was just too good to let go.  Luckily for all concerned his co-owner Kyreen Shorey solved my dilemma by agreeing to co-own him with me, and she has raised him beautifully to his full potential.  Although not yet 2 years old he has already brought us both plenty of thrills and proud moments in the show ring.
At just 6 months of age at his very first show he won his Junior Puppy Dog Sweepstakes class at our IWCC National Specialty  under breeder/ judge Jacqueline Carswell "Carnasserie", USA. One month later at his first All Breed show he won Best Puppy in Group und judge Leslie Rogers, who commented... " This is a beautiful puppy, so correct in structure and movement, with a wonderful attitude.  I predict an exciting future for him".  He was right, at his first time out in 2005 Kia Ora won his 12 to 15 month Sweepstakes class at the IWCA National Specialty under breeder/judge Donna Pitt. Just 1 week later he won his 12 to 18 month Regular Class at out IWCC Quebec Regional Specialty under breeder/judge Roni Kaluza "Sidhe" USA, who described him as... " Very powerful, easy moving dog with a very masculine head.  Front movement was the best in this class and this, plus his curvy body shape won him the class. Has a lot of promise".
Kia Ora finished his Championship easily during the Summer of 2005 with Group placements and Best of Breed at the Capital Area Sighthound Association.
More exciting Specialty wins came at the  IWANE Specialty in Warwick RI, USA July 31  where he placed 2nd  Open Dogs, the youngest in the class, under breeder/judge Jean Malley, "Ainsea" UK,  1st  Bred By Exhibitor Dogs At the IWCC National Specialty September 17 & 18 under breeder/judge Gretchen Bernardi, "Berwyck" USA, whose comments were  'This dog has outstanding movement on both ends, and from the side, reachy and powerful; a dog of great quality and outstanding type' .,  and 3rd Open Dogs at the IWAGS Specialty in Somerset NJ, USA under breeder/judge Jenny Dove, "Saringa" UK.
We are all looking forward with great anticipation to the 2006 show season starting in April. In the meantime are excitedly awaiting his first litters due in February 2006 from 2 lovely bitches, Ch. Aotearoa Kui's Kotiro and Ch. Aotearoa Te Ngarara Huarau, "Monster Girl".
Barbara Daley 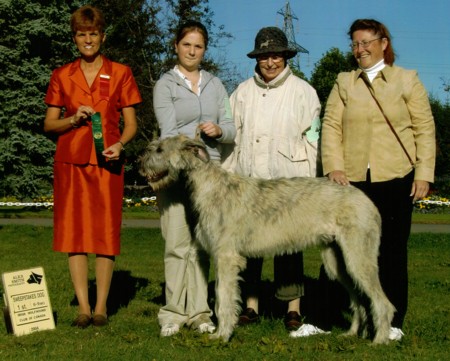 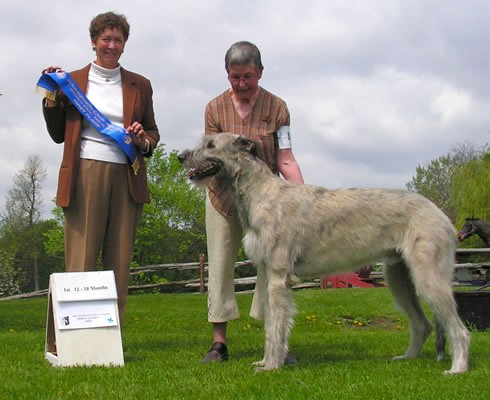 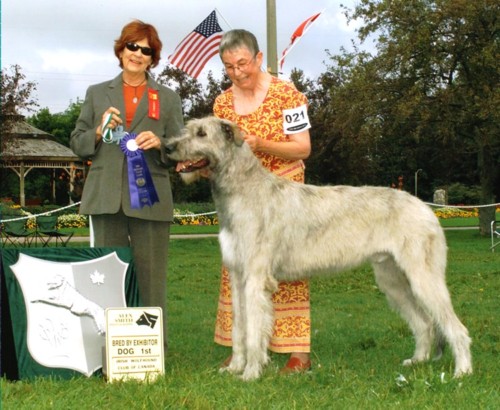 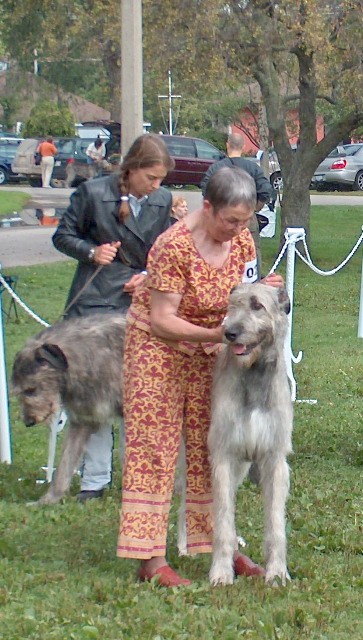 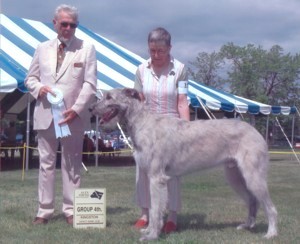